Although I have never actually owned a standalone GPS unit, I have to say the technology has improved.

My first experience with GPS was in a rental car about 10 years ago. The device was difficult to use, lacking a touchscreen, and had to be operated by the person in the passenger seat, but struck me nonetheless as a cool and useful gadget.

After that, I did not have occasion to use another GPS device until last year, when my friend bought one for his old car. It was certainly easier to use from the original, but it still had its drawbacks. It sat on the dashboard, in between the drivers’ and passenger’s seats, such that the driver had to turn his head 45°to look at its 3 inch screen.

However, when another friend of mine got the Garmin Nuvi 350 Pocket Vehicle GPS Navigator and Personal Travel Assistant, I was quite favorably impressed. Before I even noticed any of its features, which I later found to be quite advanced and useful, I was struck by its positioning.

Rather than sitting on the dashboard, or even being incorporated into the dashboard, as many of the older devices were, I noticed that the Garmin Nuvi 350 attached to the windshield with a suction cup. This meant that it could be positioned directly behind the steering wheel, clearly in the driver’s frame review. The driver did not even need to turn his head to see it.

Another great advantage I noticed about the Garmin Nuvi 350 was its touch screen. Rather than using any sort of buttons are dial, the device is operated directly by an intuitive touch screen interface, simple enough to be used while driving. It seems that Garmin has finally designed a device that can actually be used by the solo driver.

I was also favorably impressed by the Garmin Nuvi 350’s other features. Selling for less than $400, I expected the device to be rather average. However, I discovered that the Garmin Nuvi 350 comes a number of impressive features, including the ability to function as an mp3 player.

No need no need to even to hook it up to your car’s speakers, just load your music into its 700 MB of storage, and off you go. Of course, if you want to take advantage of your car speakers, you can do that too. Another nice feature I noticed, playing around with the device, was its built in translator. Although not amazing, and not even necessarily particularly helpful, it is at least a cool feature.

It is also worth noting that the Garmin Nuvi 350’s battery will run it for 8 hours, a substantial improvement on previous models. Unfortunately, however, if you want to run off your car’s battery, you’ll need to spend an extra $35 for the cable.

As an end note, I would also like to point out that the Garmin Nuvi 350’s actual GPS sensor is better than a lot that I’ve seen. Unlike another one that I recently dealt with, the Garmin Nuvi 350 actually shows you going down the road, not following a path beside it. Always helpful. 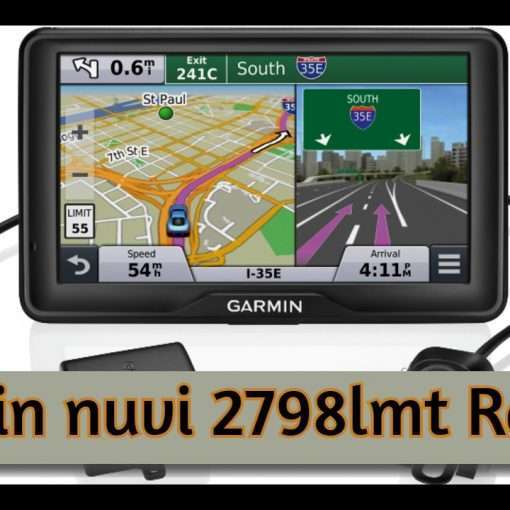 The Garmin Nuvi 2798lmt is by far our favorite GPS unit. Lately we have been installing them in fleet vehicles for large […]

With the TPX system, you will no longer have to try to make automotive radar detectors work for your motorcycle. Apart from all the motorcycle-specific radar detection features, the system includes update-able GPS data points for Speed Cameras and Red Light Cameras. The data points are regularly updated and available free of charge.